Born in Sapporo, Hokkaido, Japan, I graduated from the Department of Photography of Nihon University in 1975. I moved to Los Angeles, where I worked as a production coordinator for Japanese television commercials and later co-founded a Japanese coordination services company. I obtained an MBA from the UCLA Anderson Business School in 1993. Two years later, however, my earlier interest in photography revived, and I started to travel worldwide, extensively photographing what I found intriguing at each moment and place. As of 2000, I have worked full-time at photography.

After I produced five self-published books, my first collection to be published conventionally was I See Angels Every Day, monochrome portraits of patients and scenes from San Lázaro psychiatric hospital in Quito, Ecuador. This work won Japan’s 2007 Photo City Sagamihara Award for professional photographers.

In 2006, I won a Critical Mass Award from Photolucida, Portland, OR, resulting in publication of my monograph Findings in 2007.

In 2006 and 2007, I traveled to North Korea, and my book documenting the experience, titled Ideology of Paradise, was published in Japan. With that work I won First Prize in the Santa Fe Center Project Competition in 2008.

In 2009 I received a commission from the San Jose (California) Museum of Art to document from an artist’s perspective subjects of my choice relating to the city’s Japantown. I decided to photograph artifacts from the Japanese internment camps established during the Second World War. All images from this project were purchased by the museum and exhibited in 2011.

In 2010 I was chosen as one of fourteen artists invited to photograph Venice, Italy, for a project called Real Venice, a major art initiative to raise funds for Venice. The artists were commissioned to visit the city and create a portfolio of images with total artistic freedom. The result, the Real Venice exhibition, was shown during the 54th Venice Biennale at San Giorgio Maggiore Abbey and later at the Somerset House in London (May 31 to September 30 and October 10 to December 11, 2011, respectively).

In 2013 I was invited to participate in Bull City Summer in Durham, North Carolina, a project inspired by the 25th anniversary of the movie Bull Durham. Ten nationally and internationally acclaimed photographers documented the 2013 season at the Durham Bulls Athletic Park, home of the legendary minor league baseball team. The exhibit was shown at the North Carolina Museum of Art (February 23 to August 31, 2014).

From April 4 to July 21, 2014, my photographs of artifacts from the Tule Lake Japanese internment camps were the centerpiece exhibit in The Art of Survival: Enduring the Turmoil of Tule Lake, at the Favell Museum in Klamath Falls, Oregon. The exhibition is currently on tour in the US.

In 2016 I received a grant from the Pollock-Krasner Foundation.  www.pkf.org 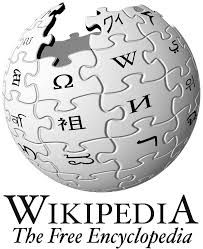 His work is in the permanent collections of following art museums: